[문제] What motivated people to change? Plan and write an essay in which you develop your point of view on this issue. Support your position with reasoning and examples taken from your reading, studies, experience, or observations.

[학생 작문] Changing is not [1] a very comfortable task that people like to do. Many people change because they have to [2], people don’t like to move out of their comfort [3] zone.

Some believe that [4] we are inspired to change from the inside. The motivation comes from [5] our conscious mind that constantly tells [6] us to risk something for [7] our own good. However many people believe that the external pressure is a far greater motivating force. [8] The society, friends, and family members [9] press us down and urge for change. [10] Our motivation comes from [11] the outside, because people do not like to [12] risk something for uncertain out come and people [13] like to be norm of [14] the society.

Not many people like to [15] gamble what they [16] already have for something uncertain. People [17] like to just continue what they have been doing unless [18] something or someone from outside tells us to change. The history of Japan clearly [19] tells us. Before [20] the period of major revolution, Japan was [21] a country [22] that was outdated compared to [23] the western nations. Japan traded [24] with only Asian countries such as China and Korea. However, when the United States navy arrived [25] at Tokyo, [26] Japanese government [27] found out that the [28] west had far [29] advanced technology than Japan [30] did. The United States forced Japan to open its harbors for trade [31] and Japan later went to a major industrial revolution. If the United States did not influence Japan [32] for a change, Japan might not [33] have been one of the richest countries in the world.

It is commonly believed that people want to conform [34] with the norm of [35] the society, they fear being the outcasts. Whenever there is [36] a pressure from the [37] group, a person [38] swiftly [39] adjusts to the situation. Senator McCarthy used this [40] to get his will done. McCarthy witch-hunted many people whom he didn’t like. He labeled them as communists and held trials against them. Many people in the United States were convicted of being communists and their lives were ruined. Even though many innocent people were [41] being convicted, people followed [42] McCarthism because they did not [43] want to be [44] the victims. People had to change their lifestyles and ideas in order to [45] stay as norm of the society.

Change may be a good thing or a bad thing. One thing that is true about it is that we must be motivated by something to change. Even though many want to believe that we inspire ourselves to change, it is not [46] true. [47] We are motivated to change from outside as you can see from the history of Japan and McCarthism. However, people must remember that it is not necessarily good to change because of external pressures. We must learn how to find [48] faults if our ownself and motivate ourselves to change.

Comment : You have quite a few problems with grammar and word choice, but except for that, this essay is very well done. You have organized it very nicely and made a very good effort to develop a formal tone. You also used a nice variety of sentence structure. There are a couple of things that I would like to point out to you. Look at the following sentences.

Many people change because they have to, people don’t like to move out of their comfort zone.

In the above sentence, you have used incorrect punctuation. This sentence is a run-on sentence. You cannot use a comma to join two independent clauses. Instead, you should use a semi-colon (which I used to correct your sentence), a coordinating conjunction, a subordinating conjunction or a transition word.

Thus, motivation comes from the outside, because people do not like to risk something for uncertain out come and people like to be norm of the society.

In the above sentence, you have again used a comma incorrectly. I see about 30~40% of students making this mistake. You shouldn’t use a comma before a subordinating conjunction when the conjunction comes in the middle of the sentence. You only need to use it when it comes at the beginning of the sentence.

Many people change because they have to, people don’t like to move out of their comfort zone.

Thus, motivation comes from the outside, because people do not like to risk something for uncertain out come and people like to be norm of the society. 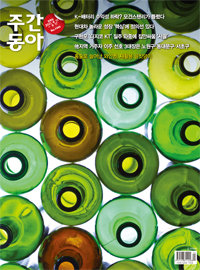