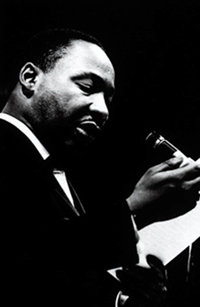 [문제] Are people afraid to speak out against authority, whether the authority is an individual, a group, or a government? Plan and write and essay in which you develop your point of view on this issue. Support your position with reasoning and examples taken from your reading, studies, experience, or observations.

Speaking [1] against [2] the authority is regarded as [3] the brave behavior [4], because people have to endure [5] the damages which will follow after speaking. However, [6] in the history there are many people [7] who spoke for the large amount of people and let people know the problem of the society. Most [8] of people would be afraid to speak out against authority [9] , but to correct the problem, many people spoke up to the authorities.

Many [10] of the demagogues around the world have spoken out against [11] the authority. For example, [12] for the black’s right, not only Martin Luther King Jr. [13] tried to save the Afro-American, but also Malcolm X and many other people [14] tried. However, when people speak [15] up to the government, it is usually because [16] the minor group has problems. Due to the weakness of [17] minor group, achieving the goal of the group usually takes [18] long time and [19] harsh situation. [20] But many of the leaders has been achieved success by speaking [21] up to the authority, and [22] the more people [23] are speaking their opinion up to the bigger power.

As [24] the time [25] goes by, people [26] became not afraid of speaking against [27] the powerful [28] group. [29] Compare to the society from past, all the citizen already have rights to speak up. Reading 1984 by George O’well, [30] I observed the aspect of the Communists party led by a dictator. No citizen had [31] a freedom, property, or privacy. If one [32] spokes something out that is against the dictator’s order, [33] government captures him and kills him. This situation could be similar to [34] that of Hitler’s or Mussolini’s. [35] But, nowadays most [36] of the country are [37] based on democratic principle, [38] people are no longer afraid of speaking out.

In conclusion, speaking against [39] the authority [40] has become not a scare opportunity. [41] In this society, minor opinion also has right to speak their opinion to the major group although it was not an easy job for the past people who were suffered by dictators.

[Comment] The ideas that you have in your essay are excellent. Also, your organization is very good. However, as you can see, you have a lot of problems with grammar and writing in a ‘native speaker-like’ manner. Pay close attention to the corrections I have made for future reference. Look at the following two sentences which are underlined: Speaking against the authority is regarded as the brave behavior, because people have to endure the damages which will follow after speaking. Most of people would be afraid to speak out against authority

In the first sentence, you can see a comma between behavior and because. This is a very common mistake. You shouldn’t put a comma before because in a sentence like this.

In the second one, you wrote ‘most of people’. This is also a very common mistake. You shouldn’t write ‘most of’. You only need to write ‘most people’. 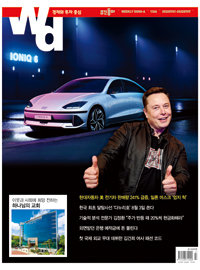