[문제] Would the world be a better place if everyone always told the complete truth? Plan and write an essay in which you develop your point of view on this issue. Support your position with reasoning and examples taken from your reading, studies, experience, or observations.

[학생 작문] Generally, we have been taught that [1] truth is good and [2] lie bad. It is true that [3] lie does have a negative impact on our lives. However, [4] lie is necessary sometimes. If everyone started to tell [5] complete truth, [6] the world would be in disaster. Especially, the national security and areas that are based on secrecy [7] will fail miserably.

[8] The national security would be crippled if everyone told the complete truth. [9] The revealing of military strategic point and amount of weapons that one country has will provide [10] organizations or other nations [11] that might have considered attacking the country [12] strategy on how to attack successfully. [13] If everyone started tell complete truth, then [14] social order would [15] not exist. For example, what if some high government officials [16] told on television that [17] the bomb has been planted in [18] metropolitan area or an airport? The people [19] will become [20] restless and worried. [21] Apparently, too much honesty in the field of the national security [22] will be detrimental.

The competition between companies that drives [23] the capitalistic society [24] will be undermined, which [25] will result in retardation of economic growth. [26] If employee or researchers at a prominent [27] company [28] tells other employees or researchers [29] the secret ingredients [30] that go into the soup can, not only [31] will be the taste of soup [32] same and monotonous, but also companies that used to try to compete with a leading company [33] will stop trying. The lack of competition [34] will then result in [35] uniformization of price and of quality of product. The market, then, [36] will be company­oriented not consumer oriented, because companies [37] aren’t competing each other for consumers’ attention.

In general, telling a lie is a bad thing. Lying to [38] mom about [39] test score or lying to [40] dad about a stolen car, are condemnable. However, if everyone started to tell [41] complete truth, then some aspects of our lives [42] will be disastrous. The national security [43] will fail and [44] will bring social disorder. [45] The economic competition [46] will disappear and [47] will result in retardation of economic growth. Perhaps it is true that there is such a thing as too much honesty.

Comment : Very good! You thought about it carefully and wrote a decent essay. I’m afraid that what you write does not correspond to the reality of economics, but that is beyond the scope of this evaluation. Suffice to say that it was a good effort.

You have a good vocabulary and some of your sentences are excellent. Only, the things to watch for are 1) articles like “a” and “the” and 2) use of “would” versus “will”. Since you are speculating or imagining what WOULD happen, you should use the verb “would” not “will.” WILL implies that this will definitely happen in the future since it is a certainty. Since you are hypothetically imagining a world where everyone tells the truth, this WOULD be the result, not WILL. 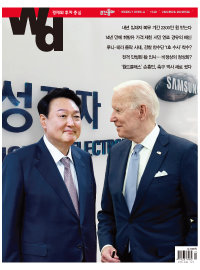