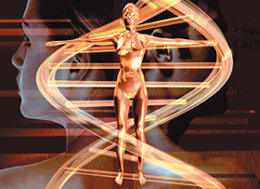 Is the world changing for the better? Plan and write an essay in which you develop your point of view on this issue. Support your position with reasoning and examples taken from your reading, studies, experience, or observations.

[학생 작문] The world is rapidly changing; the progress [1] of the world is incredible. Some think that the development of science [2] leaves its negative consequences: air pollution, [3] water/ocean pollution and other environmental problems [4] are destroying the earth. This is why they believe that the world is changing [5] in a negative way. However, [6] other argue that [7] the prospect of science and advanced technology [8] help to develop the world [9] for the better environment. [10] Nobody denies that the science [11] in these modern days has contributed to the convenience [12] in our lives. Thus, [13] the change of the world, [14] supposedly for better change, can bring both positive and negative consequences because [15] many [16] of the scientific discoveries are controversial [17] and at the same time, the development of science can lead to a “better world.”

[18] Majority of great scientific works or discoveries are highly controversial. For instance, Korean scientists have found a way to produce stem cells. This has shocked the world, and many people oppose [19] to the producing of new organs. Some believe it is against [20] ethnic and moral values; they believe [21] killing a life form is not the right way to save another. Others, like President Bush, are afraid of the idea of [22] duplicants of soldiers like in science fiction movies or books. For other various reasons, people vehemently oppose [23] to this discovery; they argue that [24] the discovery is leading the world in worse situations.

On the other hand, people believe that Korean scientists’ discovery [25] of stem cells is extremely beneficial. They believe that Korean scientists have made a great contribution [26] in the world. Other people are hopeful that the stem cells can cure their family or friends who suffer from [27] enormous pain and agony [28]. Moreover, the world has been [29] finding a way to save people’s lives and [30] pain for years and years. Now that this dream seems to have come true, [31] people put their only hope in the stem cells. Thus, the world [32] are changing for a better place by saving many people’s lives.

The [33] two different ideas clearly show that [34] however the world changes [35] for a brighter and better place, there [36] is always going to be negative consequences. [37] This is why there was, is, and will be controversies over new discoveries that affect human’s lives greatly. We all know that the world is not perfect. Our world is not a utopia; [38] the fact which makes me sad, [39] but true. Therefore, it is essential for us to find [40] solution between two or to seek for an answer within the controversy.

[Comment] You have a really great essay. I think that it’s excellent that you have discussed both sides of the issue, using one example. I think that your essay is really well balanced. You have organized it really well and developed your argument very smoothly. You use a nice variety of sentence structure and cohesive devices. As you can see, there were a few problems with grammar. Pay close attention to how I have corrected your work and make a mental note of them for next time. 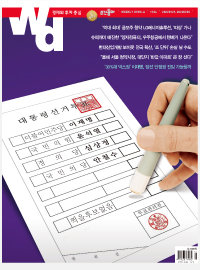