[학생 작문] The ultimate goal of [1] having Free Trade Agreements is to liberalize trade, and as a result, to boost commerce among countries. If trade liberalization [2] could take place simply by signing Free Trade Agreements [3] and made everyone satisfied, it would have been ideal. When one examines the [4] current consequences of FTA [5] and historical instances, not a single outcome seems to buttress trade among nations [6]. In other words, FTA do not serve their original intention at all; they rather prevent trade liberalization. I [7] disagree with FTA because they destroy domestic industries, [8] bring international wars caused by excluded countries and finally, create a hierarchy between strong and weak countries, all of which hinders trade liberalization.

[9] First of all, home industries become invulnerable because imported goods would replace domestic ones, leaving a small market for home products. Trade creation [10] indicates the displacement of domestic production while trade diversion means the displacement of an imported good with a good from another country. Between these two concepts, FTA tend towards trade creation. [11] If more imported products come into a nation, [12] the total supply would increase and, at a certain point, [13] it will overreach the demand in the market. As a consequence, there [14] would be price competitions between imported and domestic goods and, most of the time, imported goods [15] would beat up home goods [16] for the imported ones, for most cases, would offer better quality with a cheaper price. Naturally, people who produce domestic items [17] would be negatively impacted and domestic industries [18] would collapse. One might argue that there is a possibility of domestic goods [19] winning competitions over imported products. [20] Considering the facts that each country only exports items that have international competitive power, [21] and that most consumers seek for cheap products with reasonable qualities, domestic goods [22] have bad hands in this betting. Since FTA tend towards trade creation, [23] more and more domestic good would be substituted by competitive foreign products and [24] as a result, home industries [25] will be damaged.

[26] Also, countries that are excluded from the whole Free Trade Agreement issue may express their discontents [27] by starting another world war. This might sound unrealistic [28] as declaring war appears to be a concluding option. However, a historical example demonstrates that a new world war, in fact, can occur by FTA. When the Depression struck the entire world, [29] most countries found other nations that were stronger than them and made trade bonds [30] , meaning that they had begun to trade only with the countries within their trade bonds. Countries that were not invited to any bond, like Germany, could not sustain their economies and ultimately [31] found its outlet from World War II. Similar to the pre-World War II situation, the world today is divided into several factions. Although countries like Japan and China possess enough trade power to sell their goods without any assistance, most developing and under-developed countries have already started to suffer from not being involved in FTA. History repeats itself. If those countries fail to find strategies to [32] keep on with trade, [33] it is likely that they would go through the same path that Germany and other excluded countries have done before.

Excluded countries, however, are not the only ones that lose from FTA. Hierarchies created between strong nations and weak nations also [34] come up on surface as a serious problem. When an American negotiation team came to Korea last year, the Korean government had [35] prepared its demands to FTA for several months. After several weeks of negotiation, a final agreement was [36] broadcasted and there were merely one or two positions that benefited Korea. [37] If Korea could not voice its opinion even during the process of signing an agreement, and that it would always remain inferior to America in trade. In other words, the United States would “colonize” Korea. FTA [38] has a great potential of becoming a new instrument that allows stronger nations to have control over weaker countries. Using their economic influence, the stronger countries scan supervise and intervene in the domestic affairs of the powerless countries. Of course, I cannot ensure that the relationship between strong and weak countries will reach the conclusion I assumed but everyone can almost foresee their future from the process of getting to FTA.

[Comment] The third paragraph needs more explanation and justification. Conclusion sentence is weak. May want a concluding paragraph as well. But overall, not a bad job. 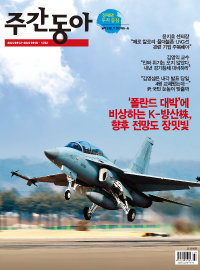