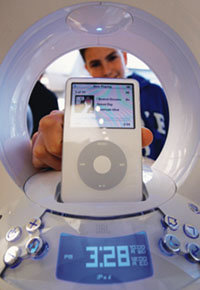 [문제] Is creativity needed more than ever in the world today? Plan and write an essay in which you develop your point of view on this issue. Support your position with reasoning and examples taken from your reading, studies, experience, or observations.

[학생 작문] “Imagination is more important than knowledge” is a famous quote by Albert Einstein. In previous years, knowledge and intelligence were only needed in order to succeed. However, these days, there are so many [1] smart people that creativity has become the [2] top element to win over other competitors. Knowledge can be [3] built up by studying hard; however, creativity cannot be [4] built by just studying. It requires intense thinking and endless imagination. The reasons why creativity is needed more than ever in this world today are that creativity is the only way to survive [5] from competition and represent one’s identity clearly.

Especially in [6] marketing and advertising industry, creativity is the most important because [7] it is the strongest way to grab customer’s attentions. Many successful companies such as Apple have extremely creative marketing strategies and [8] advertisement that differentiate from other competitive companies. For example, Apple’s iPod is the most popular MP3 player worldwide not only because of its high performance but also [9] its unique design and the advertisement. [10] Almost everyone can visualize the iPod advertisement which is successful. The [11] design of iPod products is simple but creative. Design has become tremendously essential [12] to appeal the customers. In this case, Apple’s iPod [13] gained the victory over other competitors because of its creative design and advertisement.

[14] Creativity is something that cannot be the same among many people. Therefore, there are million things that other people cannot think of but only one person. One’s creativity can never be the same as others since the process of thinking is so different and unique. Creativity mostly comes from personal experience; thus, [15] creativity is the same as one’s identity which represents people like a mirror. If people are smart but not creative, then it is hard to persuade others and be recognized. There are many unfortunate incidents where people have a hard time finding a suitable job after graduating college or university because [16] of their lack of creativity. Since there are numerous people who have intelligence, [17] there is no way to compare themselves with others. Thus, creativity is the only one way [18] to make people special and different from others who have the same knowledge.

In conclusion, creativity is [19] far more important than knowledge in the world today. Without creativity, it [20] seems difficult for people to have an opportunity to accomplish their dreams and gain fame. Even Einstein, [21] the genius in the universe, emphasized “imagination is more important than knowledge.” In order to [22] be perfect in any field, people must have creativity first.

[Comment] Your essay in the first half is really good. I thought I was going to give you a really high score but unfortunately, your second body paragraph isn’t very effective. The parts in blue are unclear and awkward sounding. I think you had a good idea in your mind of what you wanted to say but you weren’t able to clearly get those thoughts down in this paragraph.

Judging by your first two paragraphs, I think you have a very good ability to write. What you need to do now, especially when you are struggling with expressing your thoughts clearly, is to ask yourself these two questions: Have I expressed this idea in the best way possible? Will my reader understand exactly what I mean? Except for your second body paragraph, the rest of your essay is really well done.