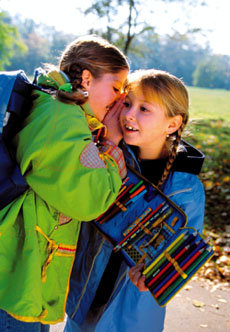 [문제] Should people make more of an effort to keep some things private? Plan and write an essay in which you develop your point of view on this issue. Support your position with reasoning and exam- ples taken from your reading, studies, experience, or observations.

[학생 작문] Many things need to be done in an appropriate moment. One of the most significant moments is when a person expresses his or her point of [1] views. [2] Nowadays many people are [3] open minded. [4] What it means, they like to express their thoughts and beliefs. There are certain times that the [5] “expressions” have to be made. [6] Due to too much of sharing views, [7] many people started to have conflicts in meetings: meeting with friends, family, teachers, and so on. Therefore, people need to put [8] more an effort to keep their views more private.

Sharing too much information with people may [9] lead to a bad relationship. Today [10] religions have become a serious issue. [11] “Religious” is a type of a problem that people can’t find the true answers. [12] Since people don’t know the truth, they started to ask questions. People started to share their views with each other. However, sharing point of views [13] ended up having a big fight. For example, [14] Jews and muslims. They became enemies because of expressing and sharing their views. [15] Due to the fact many people have died. If [16] they had put more effort keeping their views private they would not have become enemies. [17] Since they expressed too much of their beliefs they ended up killing many people.

Sharing views little bit with each other can [18] make people to understand each other; however, too much of sharing can lead to [19] a bad ending. Therefore people need to be wise when they express their opinions.

[Comment] Agreed. I think you are logical and that you have made a very good point. People should restrain themselves, as the saying goes, when talking about religion and politics! However, take a look at the question again. It asks about divulging and sharing thoughts and feelings, not just religious beliefs. You have used a very controversial topic as an example -religious freedom-as a way to support your argument, but instead you have ended up walking in a very controversial minefield! Try to use another example that is more pertinent to the question at hand and you should be fine.