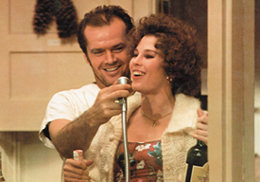 [문제] Do people have to be highly competitive in order to succeed? Plan and write an essay in which you develop your point of view on this issue. Support your position with reasoning and examples taken from your reading, studies, experience, or observations.

[학생 작문] The hunger for success is a [1] feeling many [2] have experienced [3] before. [4] And as the desire to achieve grows, the search for [5] keys to [6] success expands as well. [7] But, when things go wrong, the ingredients [8] to [9] success are [10] considered to be [11] qualities of being highly competitive, [12] ruthless forceful, cunning, and tough-minded. However, being highly-competitive is not needed to achieve success, [13] as it can be demonstrated though Gandhi, the characters from The Tortoise and the Hare and One Flew over the Cuckoo’s Nest.

Gandhi is an exemplary figure in world history [14] that demonstrates the futility of being highly competitive [15] to succeed. Gandhi was a fighter for peace [16] · struggled to gain civil rights for his people. Although he had a burning passion [17] · a strong will to succeed, he did not choose to be highly competitive [18] , and yet, still accomplished his goal. Instead, Gandhi chose to be non­violent, to show no aggression or ruthlessness despite the violent suppression he faced from the British [19] officers. Through [20] constanty · preseverance, Gandhi ultimately [21] succeed in on­going peace · enlights for his people. [22] And he did this all without [23] bringing “superior force, superior cunning, and superior ruthlessness.”

The Tortoise and the Hare [24] from one of Aesop’s fables [25] are also [26] representative [27] examples of the ability to succeed [28] with being highly competitive. The hare, eager to beat the tortoise in a running race, easily outran the tortoise. However, it [29] got lazy, and assumed that getting some rest would be harmless [30] , because it would still be able to win the [31] tortoise. [32] The tortoise, on the other hand, without feelings of any competitiveness, consistently ran · eventually succeeded: the tortoise beat the hare in the race. The hare was outraged at his loss; he knew that [33] the hare was capable of winning the race. Still, the tortoise was the one who found success­[34] with at all being highly competitive.

Randle McMurphy is another great character that inspires those to succeed without being ruthless, cunning, aggressive, or highly competitive. From Ken Kesey’s famous novel, One Flew over the Cuckoo’s Nest, Randle McMurphy was determined to crush the head nurse of his psychiatric ward. Despising the [35] feelings of oppression and the lack of freedom in his ward, McMurphy continued to challenge the nurse’s ability for control [36] her patients. The nurse, despite McMurphy’s cunning, [37] rude · ruthless ways, easily won [38] over their battle simply using her secured position [39] in power as the head nurse. The downfall of Randle McMurphy is a clear exemplification of the needlessness of being highly competitive in order to succeed.

The keys to success [40] are all those besides superior force, superior [41] cunning · superior ruthlessness. [42] To achieve goals, it is crucial to have perserverance, [43] patience · remain consistent, as demonstrated through Gandhi, the tortoise and Randle McMurphy.

[Comment] Your essay is excellent. You’ve used excellent examples and have organised your points extremely well. You clearly laid out the points you were to discuss in your thesis statement and logically discussed each point in turn. The only flaws which I will point out is that you should not begin sentences with coordinating conjuctions. You began some sentences with ‘an’/ ‘but’. You can notice that I changed these to ‘Also’, ‘However’, ‘Furthmore’respectively. One other thing is that it’s best to write ‘and’ in full and don’t use ‘·’ in your sentences. Other than that, this was really well done. 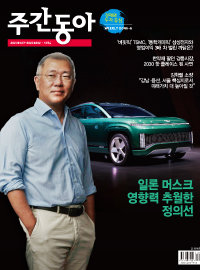